Written by
Mimzy
Posted in
perfume 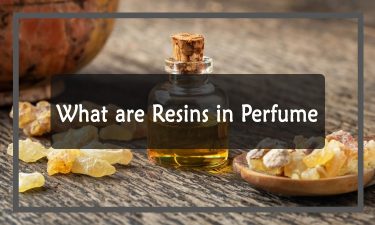 The sticky substances have an aroma of their own, and that’s why they are used in perfumes. Another interesting fact about resins is their smell isn’t identical. That is, the aroma of the Pine tree resin is different from the Frankincense tree.

In our daily life, we may encounter resins if we see some big tree bark is wounded. However, they are collected from trees for commercial purposes through an incision. As this process is not very environmentally friendly, they are produced artificially in the labs these days.

Resin is an old discovery. However, many obsessions were built surrounding this substance throughout great civilizations of the world. For example, ancient Greeks used to harden the resins into amber. They believed that resins/ambers were sunlight in s tangible form. Moreover, they discovered electrical charge was produced from the friction of ambers and named amber as ‘electron.’ King Frederick built himself a room made of amber in his palace. These days, ambers are primarily used for making pieces of jewelry.

In some cultures, resins became religiously significant. For example, the Egyptians used it in their embalming process and burned them during various social or religious festivals. The Mongols used it as a binding agent for making their composite bow. Besides, resins were used to make the ancient incenses.

Even though resins are still used in perfumes, using resins for fragrance is an old concept. That’s because the inbuilt aroma of resins is different and soothing. These days, resins are used in perfumes to enrich their quality. As I have mentioned before, resins are slippery extracts of a tree. Therefore, they are not very rare to find. However, Cedar, Balsam, Myrrh, Amber, Benzoin, Frankincense, and Olibanum are the most common resins.

We are familiar with the term ‘Balsamic.’ It describes a rich, sweet, and woody scent. The original balsam resins are no different from the balsamic description. Balsam isn’t like any other polishes. That’s because they are not only found beneath huge tree bark. They are collected from flowers or even bushy twigs. These resins are collected from various plants and can be multiple types like Styrax balsam, Peru balsam, and Toru balsam. Although all the names end with balsam, their fragrance is different and unique. Among the different kinds of balsam, Peru balsam is very popular. That’s because of its sweet and vanilla essence. It is prevalent for being used in perfumes.

Styrax and Toru balsams are also used in perfumes. However, they have a more intense aroma rather than a sweet aroma. Besides, it is said that Styrax is challenging to work with.

Thus, among these kinds of balsams, Peru balsam is the most preferred one for perfumes. It is also considered an excellent lacquer for various fragrances.

We know anything acquired from living things is considered organic. Thus, resins are also an organic compound. They can be both soluble and insoluble.

These days, artificially produced resins are used for various other purposes.

Collecting resins from trees is a very delicate job. That’s because if it is done aggressively, the tree might dry out. Thus, the collectors have a specific method.

Various incisions are made in a tree so that the resins start to move freely around the tree. They also cover the incisional section and thereby stops the tree from drying out.

Finally, jars are fixed around the tree to collect these resins. Sometimes, however, they are not collected immediately and left for being fossilized. Later on, they managed through the help of a knife.

If you are here, reading this, I am sure you know all about resins. However, I will now mention some of my most favorite perfumes with resins in them. Check them out sometime. I am sure you will love them.

Women across the globe love this perfume. It is excellent to wear in the daytime, especially during fall and winter. Its amber accord makes it very difficult not to like it. You can say that by the product’s existing popularity in the market even after being launched in 2013.

This fantastic perfume is suitable for both men and women. You can wear it at night, and it is perfect for a winter or fall night. You can also pick it as a gift for anyone. The soothing fragrance makes it very likable.

Its sweet and balsamic scent makes it a perfect pick for any woman. You can wear it any time, day or night during any season. It remained the number one pick for women of all ages, cultures, and races worldwide for its impeccable product quality.