Written by
Mimzy
Posted in
Fragrance 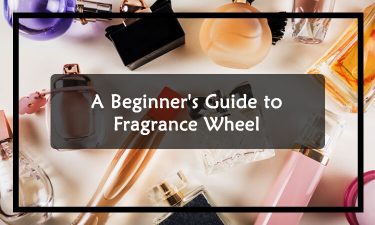 Of the five senses that we have, the smell is one of the most powerful ones. We all want to smell nice. Fragrances triggers many forms of memories, and it reminds you of certain people, location and times. Fragrances can be engrossing and captivating. However, scents do bring back long-abandoned memories, both good and bad.

Some fragrances give you the good vibes while others may be daunting. Unlike many other substances in our life which can be tested and tried out via different methods, the only judge for fragrances is the nose. Have you ever wrapped your head around the enormous fragrance wheel? Let us start now!

Like discussed earlier, fragrances are strong and powerful. A scent can bring out different forms of emotions in you, about everything around you. Many of the famous studies also discuss in detail about how aromatherapy has helped recover patients with the disease Alzheimer.

Many consider fragrances to be a fashion statement. It is often regarded as a pronouncement of distinctiveness which serves as an addition to your personality.

However, it is essential to explore the fragrances all by yourself before you make and settle for any judgement. Try to settle for fragrances which are most pleasurable or gratifying to you.

What Do You Know about the Fragrance Wheel?

The fragrance wheel is a circle diagram which represents various types of scent families and subfamilies visually.

The scents are put in different groups based on their closeness and differences to define their relationship with each other. The scents which are grouped on the wheel are said to have mutual characteristics whilst the ones away from each other are less connected.

This wheel was developed as a classification system to be able to help out numerous perfume retailers to give satisfactory services to customers. This wheel is portrayed as a guideline to suggest perfumes to customers according to their wishful tastes.

A lot of you just use perfume. You don’t study it or go through the arc of the story. Like most things we see around us, fragrances also tell a story of its own. From being sprayed to sitting on your skin, it has its adventurous journey.

If you go a little deeper, you will find yourself in the pyramid of steps, telling you about base and notes. Even though it may seem complicated to most initially, it is elementary.

Similar to every other story arc, perfume has its own venturesome story. You will find the anatomy of the notes of a perfume structured like a pyramid.

I feel like you should experience your own arc story of your perfume as you apply it on your skin. Let us go through the pyramid steps one by one.

The instant smell that you get after applying the perfume is called top notes. They are said to be the fastest to evaporate.

Middle notes, also called heart notes, are the ones that come after the top notes have evaporated. Middle notes are said to be much less intense compared to the top notes as they are beneath.

These are the notes which evaporate at the end. They are basically the core of your perfume. This is the building blocks of your perfume which create the tie of smell to your body. This note remains in your skin after all the other notes have been evaporated. This scent is typically stronger and heavier.

Another factor which is worth mentioning is sillage. It is not a note, but it determines your perfume’s clinginess to your skin. A perfume with the slightest sillage will cling to your skin much more tightly and closely.

Odours are vague and cannot be seen, making it difficult to be put into a category. So, how would you describe smells to an individual? Perhaps the simplest method of doing so would be to relate the smell to something that the other person is already accustomed to.

There are various “families” of categories for fragrances or scents. These can then be further divided into numerous subgroups. As far as the “Fragrance Wheel” goes, there are primarily 4 major categories.

These categories include Floral, Woody, Oriental & Fresh. At the middle ground is Fougère that possesses elements of all these 4 groups.

Fragrances are also often considered to be “masculine” or “feminine.” Scents which tend to be woodsy, smoky or spicy. On the other hand, scents similar to the fragrance of flowers and fruits are regarded as feminine scents.

However, this should not be the case that floral scents can only be used or appropriate for females. There is a myriad of fragrances that are very well suited and serves well for both males and females.

Extensive and exhaustive guides are available to divide these further. However, these are the primary categories and groups. Moreover, it is essential to know that your gender should not define the scent you find best to match with you!

We have learned that fragrances are powerful. Now we can confirm why. Fragrances are an art. Please go through the fragrance wheel and learn more and more about it. Educate yourself with different families and groups of fragrances.

The more you know about it, the better you can choose the scent best suited for you. As you know, perfumes are regarded as an unforgettable accessory even though invisible. So take your precious time and give this article a good read!